Eating your way to dementia

Posted on December 1, 2013 by veganfoodpreparation 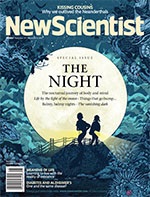 The link between obesity and dementia is becoming hard to deny

HAVING type 2 diabetes may mean you are already on the path to Alzheimer’s. This startling claim comes from a study linking the two diseases more intimately than ever before. There is some good news: the same research also offers a way to reverse memory problems associated with diabetes – albeit in rats – which may hint at a new treatment for Alzheimer’s.

“Perhaps you should use Alzheimer’s drugs at the diabetes stage to prevent cognitive impairment in the first place,” says Ewan McNay from the University at Albany in New York.

Alzheimer’s cost the US $130 billion in 2011 alone. One of the biggest risk factors is having type 2 diabetes. This kind of diabetes occurs when liver, muscle and fat cells stop responding efficiently to insulin, the hormone that tells them to absorb glucose from the blood. The illness is usually triggered by eating too many sugary and high-fat foods that cause insulin to spike, desensitizing cells to its presence. As well as causing obesity, insulin resistance can also lead to cognitive problems such as memory loss and confusion.

In 2005, a study by Susanne de la Monte’s group at Brown University in Providence, Rhode Island, identified a reason why people with type 2 diabetes had a higher risk of developing Alzheimer’s. In this kind of dementia, the hippocampus, a part of the brain involved in learning and memory, seemed to be insensitive to insulin. Not only could your liver, muscle and fat cells be “diabetic” but so it seemed, could your brain.

one of the calling cards of Alzheimer’s. We also know that insulin plays a key role in memory. Taken together, the findings suggest that Alzheimer’s might be caused by a type of brain diabetes.

If that is the case, the memory problems that often accompany type 2 diabetes may in fact be early-stage Alzheimer’s rather than mere cognitive decline.

Although there is no definitive consensus on the exact causes of Alzheimer’s, we do know that brains get clogged with beta-amyloid plaques. One idea gaining ground is that it is not the plaques themselves that cause the symptoms, but their precursors – small, soluble clumps of beta-amyloid called oligomers. The insoluble plaques could actually be the brain’s way of trying to isolate the toxic oligomers.

To investigate whether beta-amyloid might also be a cause of cognitive decline in type 2 diabetes, McNay, Danielle Osborne and their colleagues fed 20 rats a high-fat diet to give them type 2 diabetes. These rats, and another 20 on a healthy diet, were then trained to associate a dark cage with an electric shock. Whenever the rats were returned to this dark cage, they froze in fear – measuring how long they stayed still is a standard way of inferring how good their memory is.

As expected, the diabetic rats had weaker memories than the healthy ones – they froze in the dark for less than half the time of their healthy counterparts. To figure out whether this was due to the beta-amyloid plaques or the soluble precursors, Pete Tessier at the Rensselaer Polytechnic Institute in Troy, New York, engineered fragments of antibodies that disrupt the action of one or the other.

When the plaque-disrupting antibodies were injected into diabetic rats, no change was seen. However, after receiving antibodies specific for oligomers, they froze for just as long as the healthy rats. “The cognitive deficit brought on by their diabetes is entirely reversed,” says McNay.

Until now, the standard explanation for the cognitive decline associated with type 2 diabetes is that it is a result of insulin signalling gone awry. One effect is to reduce the hippocampus’s ability to transport energy, or glucose, to neurons during a cognitive task. The fact that amyloid builds up in the brains of diabetic animals – and also in people, was seen as an unhappy consequence of insulin imbalance.

These experiments suggest oligomers are actually to blame. Previous work from other groups has shown that the same enzymes break down both insulin and beta-amyloid oligomers – and that the oligomers prevent insulin binding to its receptors in the hippocampus. So when there is too much insulin around – as there is in someone with type 2 diabetes – those enzymes are working flat out to break it down. This preferential treatment of insulin leaves the oligomers to form clumps, which then keep insulin from its receptors, causing a vicious spiral of impaired brain insulin signalling coupled with cognitive decline.

“We think that our treatment soaked up the amyloid oligomers, so that they could no longer block insulin from binding to its receptors,” says McNay, who presented the preliminary data at the Society for Neuroscience meeting in San Diego earlier this month. “Everyone thinks of amyloid build-up as a consequence of the events that cause cognitive impairment in diabetes, but we’re saying it’s actually a cause.” It means, he says, that the cognitive decline seen in type 2 diabetes may be thought of as early-stage Alzheimer’s.

It’s a bold claim, and if correct, one with big implications. Given that the number of people with type 2 diabetes is expected to jump from 382 million now to 592 million by 2035, we might expect to see a similar trajectory for associated Alzheimer’s (New Scientist, 1 September 2012). If beta-amyloid build-up can be stopped in people with type 2 diabetes and their cognitive impairment reversed – perhaps many of them will never progress to Alzheimer’s.

For the last few years, organizations like the UK’s Alzheimer’s Society have been backing clinical trials to look for diabetes drugs that may have an effect on Alzheimer’s patients. “We’re saying that this may be not the only way to think about it,” says McNay.

The next step is to repeat the work, and if the results are corroborated, start looking for a drug that would do the same thing as the group’s modified antibodies, without having to inject the drug directly into the hippocampus. It will also be necessary to work out just how much amyloid the brain can safely do without, since low levels are important for memory formation.

“The work opens the door to inoculating the most at risk group, people with type 2 diabetes,” says Tres Thompson of the University of Texas at Dallas. There have been plenty of failed attempts to use antibodies to relieve Alzheimer’s in the past. “But these were all in people with advanced stages of the disease. Vaccinating people much earlier could give better results.”

Some researchers are still wary of focusing on beta-amyloid when 20 years of working on a treatment for that particular aspect of the disease has come to nothing. “I think it’s brilliant work – he’s using new techniques that seem to be working, but it’s still very beta-centric,” says Olivier Thibault at the University of Kentucky in Lexington. He cautiously agrees that McNay’s data do seem to suggest a causative link between beta-amyloid and impaired insulin signalling but says the group needs to factor in the effect of ageing – both diabetes and Alzheimer’s become more likely as we grow older.

Jessica Smith, spokeswoman for the UK Alzheimer’s Society in London welcomes the work. “We need to tease out the difference between those with type 2 diabetes who develop Alzheimer’s and those who don’t. If people were developing the signs earlier than we thought, then perhaps we can intervene earlier, rather than waiting until they have full clinical Alzheimer’s.”

Of course, there is another solution to staving off type 2 diabetes and any consequential Alzheimer’s that requires no drugs at all. “Go to the gym and eat fewer twinkies,” says McNay.

2 Responses to Eating your way to dementia